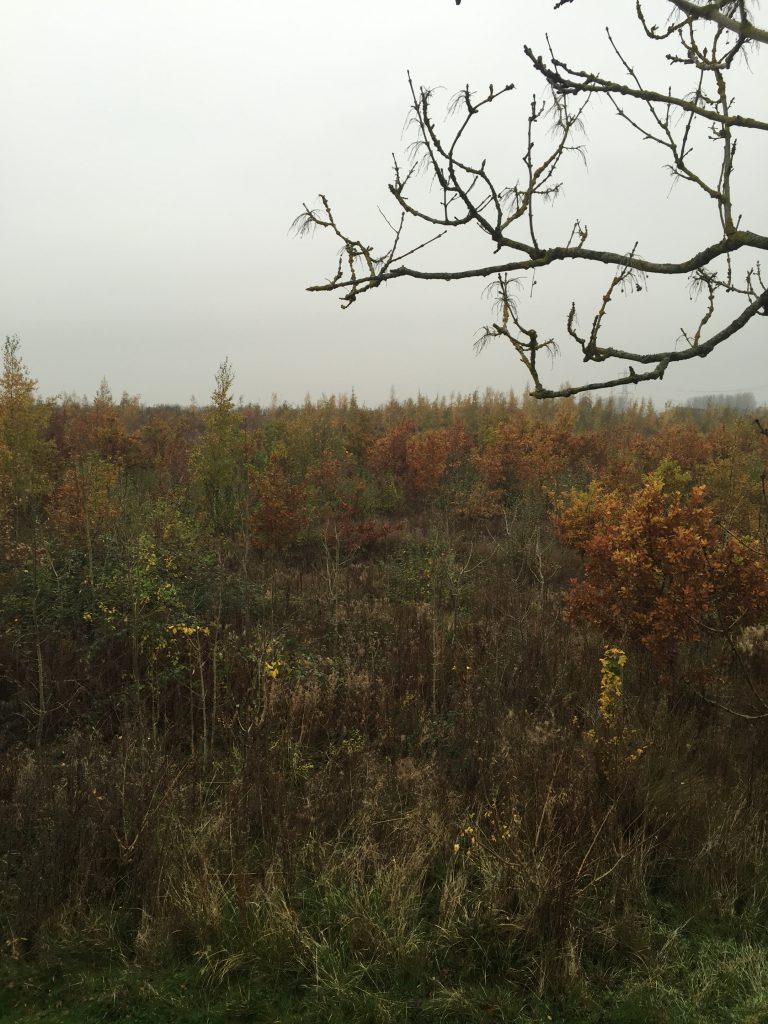 Oliver Power has the unusual challenge of controlling deer in a fenced off plantation. He gives a guide to approaching a difficult job.

At last the leaves are falling from the trees and the dense plantations are revealing some unwanted residents – deer. Fenced stalking is not the most palatable subject in the stalking world, but it is a very necessary job. Late autumn helps with the calm, surgical removal of deer that have either been inadvertently invited in or have broken into the fenced off area and the thick summer foliage has masked their arrival.

For a number of years, the lands I have stalked have invariably included some fenced off plantations. Either they are part of the Countryside Stewardship Scheme or commercial Christmas tree plantations. As deer are public enemy number one for stunting the growth and killing off these trees in these enclosures, it is a priority to deal with them when the conditions are right – especially when you have received a urgent phone call from a disgruntled landowner barking, ‘The blasted muntjac are in the plantation again!’

The enclosed plantation is a stalking microcosm and signs of deer will be more immediately apparent to the well-practised eye – slots, fraying, couch marks, droppings, etc. However a very cool attitude is needed for the practical stalk to remove these infiltrators. There is nothing worse than seeing a naïve heavy handed stalk with the quarry – adrenaline pumped and frothing – smacking off the fencing and end up hanging off the wire by a broken leg due to being chased around a closed wood. The situation can be exacerbated by pressure from landowners demanding the deer to be dealt with ASAP, and stalkers assuming that this will be akin to shooting fish in a barrel!

So what are the key strategies to have in place in order to expedite the calm and humane removal of these four legged burglars?

Before loading up the rifle and heading out the door, it’s important to gather all of the information from the landowner i.e. what’s been seen; where and when; what damage has been caused and where in the plantation? Has there been work carried out or are there other activities going on in the plantations that has allowed deer access? Are there breaches in the wire? If you are dealing with a deer species that is out of season do the landowners want to apply for an out of season licence or a night shooting licence to deal with them, due to the damage they have caused (for further reading on this licence go to the Deer Act 1991 Section 7 ‘Farmers Defence’), or can they wait until the deer are in season? Most importantly reassure the landowner that the job will be done immediately once a suitable plan is put into place.

Ahead of any stalking go out, reconnoitre the perimeters and walk the plantations. If you find breaches note them and get them mended; I have found that the majority of deer invasions are due to simple human error such as people leaving gates open! Posting polite notices asking for the gates to be kept shut can be helpful.

How your plantation is made up i.e. the topography, tree varieties, the growth stage of the trees, and the acreage of the plantation, etc., will often guide your planning. For example, if it is a Christmas tree plantation and the trees are about a foot high and it’s relatively flat ground, deer will regularly reveal themselves due to the lack of cover. The installation of well positioned highseats should make the job of culling out the deer swift and trouble free.

But when you are dealing with mixed woodlands at an age where the understorey is thick and high around the primary growth of the trees and/or the ground is undulating, the task of ousting the deer can be more problematical and the high seat is not the key tool to win this war.

Trail cams are an invaluable tool to detect the times when the deer are moving around the plantations and may give you a good idea of numbers as well. The cameras are best situated along well established paths i.e. along the inside of the fence, as deer have a tendency to regularly walk alongside certain sections of the wire. Once a mean day light time is worked out, you can lay in ambush near this path. Added data for deer numbers and movement can also be acquired at night time with the use of thermal imaging or infra-red cameras. 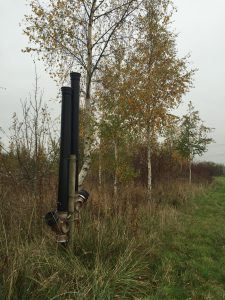 Feed bins filled with grain are excellent lures in the plantations but I have had criticism from landowners that they only encourage the deer. I disagree with this view especially come late January and into February, when food stocks are at their lowest ebb in the woods. The trick is to deploy just one or two bins, depending on the size of your plantation, giving you focused feeding points. Then hides and high seats can be situated near the bins. Again, trail cams can be placed here to record deer numbers and feeding pattern times.

Flushing or driving deer to guns in plantations can be a counterproductive practice because it can lead to heavily stressed animals, extended chases and increased risk of wounding or dangerous shots. However, when carried out calmly with experienced guns your objective can be achieved. There are some vital considerations with this method of culling. Ensure all your guns and beaters know their positions and safe fields-of-fire and stick to them; beaters should move with the minimum of noise; focus on safety by ensuring everyone is wearing hi-viz clothing; all of the team have radios, and there are clear pre-agreed signals for the start and end of the drive. It’s essential that you have the upmost confidence in your guns and that they are not going to hesitate to pull the trigger when a safe shot presents itself – after all you want ALL the deer down! Finally, always have a good tracking dog on hand to follow up on any deer that have fallen into deep cover. 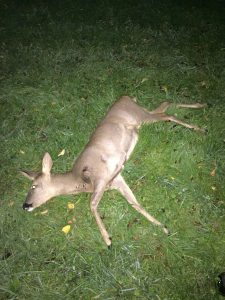 There are endless permutations on which calibres, bullet weights and scopes are best suited to these environments. Experience will teach you the right formula but look at the potential shooting situations and adapt accordingly. Would you for example use a very light frangible bullet in a very dense plantation? Dense plantations point to using a rifle system that is light so you can rapidly react to the fleeting or ‘pop up’ quarry. Also you might wish to use a bullet that gives maximum weight retention so it punches through the beast and can produce a good, strong blood trail if the deer runs into heavy cover. Also, give yourself a chance to get a good sight picture. Nine out of ten shots will be taken at very close range – between 10 – 60 metres, a variable scope with a low magnification or a red dot sight helps with rapid acquisition of targets.

The vital components to succeed, in the enclosed venery, are to have a calm and clear attitude in your planning and in your execution of that plan in the field. Also you have to give up time, especially when you are looking for that one elusive muntjac doe in a 150 acres of enclosed, dense mixed woodland!